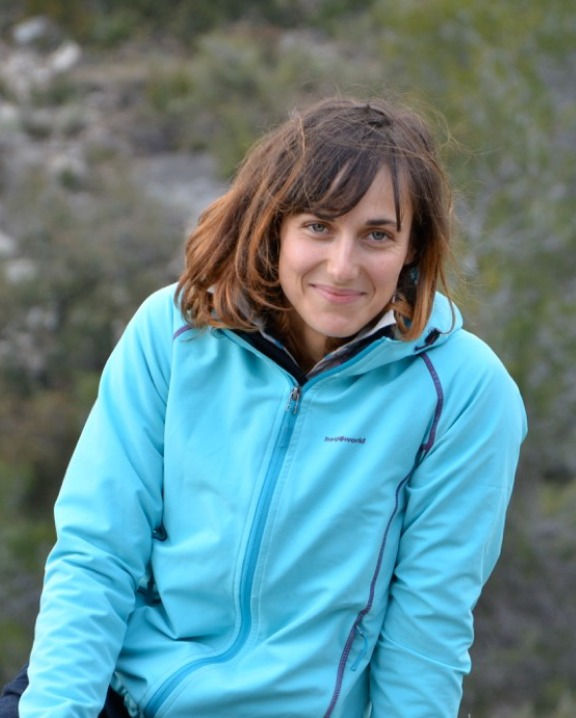 Alizée was born in Pessac, France, in 1987, and began climbing at 10 years of age with her father. She did her first 8a when 13 and then decided to concentrate on competions as the fastest method of progressing further. During 15 years Alizée was an integral part of the French climbing team, winning the Youth World Championship and achieving numerous podium finishes and international titles. Between 2005 and 2008 she combined competition climbing with pole vaulting, a sport in which she became the champion of France. But through all this she never lost her love for the rock: in Ceuse (France) she did ‘Dures Limites’ and ‘L’Arcademicien’ — both 8c, and in 2012, while on an extended trip to Siurana in Spain, onsighted ‘Ramadán’ (8b). Further visits to Siurana yielded more impressive additions to her resume, with ‘Chikane’ (8c+), ‘La Reina Mora’ and Estado Crítico’ (both 9a) being particularly notable.