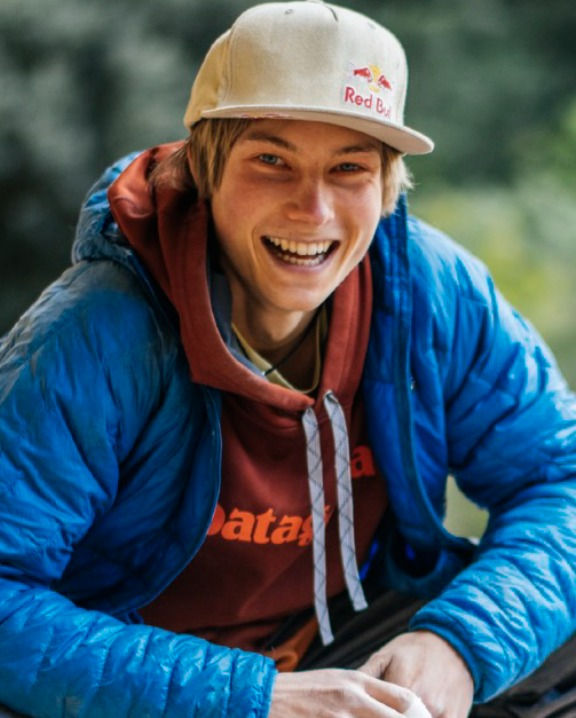 Alex was born in Erlangen, Germany, in 1993. He began climbing at the age of 6 in the Frankenjura, where he sent his first 8a in 2007, with only 14 years. In 2009, just 3 years after joining his local Bavarian club ‘Landesstützpunkt Franken’, he won the overall of the European Youth Championships for the first time and he managed to repeat that the following year as well. His first 8c came in 2009 with ‘Drive by Shooting’ in the Frankenjura, quickly followed by his first 8c+ that same year, and his first 9a ‘San Ku Kai’ in the French climbing area of Entraygues in 2011 in only 3 attempts. At this point he already had a strong relationship with his two coaches Patrick Matros and Dicki Korb with whom he is training since he was 13 years old.

After finishing school Alex decided to dedicate a whole year to travelling around the globe and visiting different climbing areas. His first trip brought him to the USA, where he redpointed routes such as ‘The Fly’ — 5.14d (9a), and flashed ‘Pure Imagination’ — 5.14c (8c+). Moving on to Siurana in Spain, he made the first ever onsight ascent of a 9a route, with ‘Estado Crítico’, and climbed the legendary ‘La Rambla’ (9a+) on his second try. These ascents enabled and inspired Alex to continue traveling around the world and to train and climb even harder than before. In Australia he established ‘R.E.D.”, the country’s first grade 35 (9a) in the Blue Mountains; he gave Canada its first 5.15b (9b) — ‘Fight Club’; and in Margalef (Spain) he made the first redpoint of ‘Perfecto Mundo’ (9b+), the hardest route in the area and one of the hardest in the world. As well as climbing and traveling, Alex is also a passionate photographer and never goes anywhere without his camera.