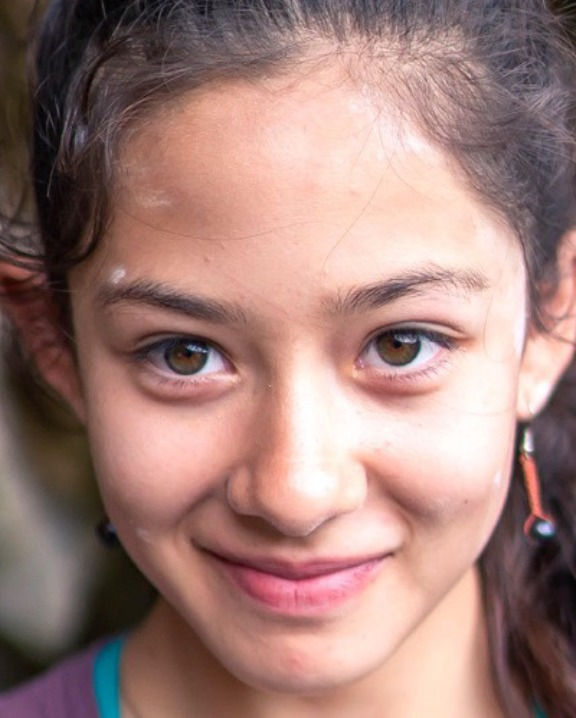 Angie was born in Canberra, Australia, in 2004. At the age of 7 and after falling out of a tree (in which she would frequently scramble around, attempting to reach the most inaccessible branches) Angie’s father decided to take her to the local rock gym where she could explore her obvious passion for climbing in a safer, more controlled environment. Her prodigeous talent was obvious from the outset: she climbed her first 31 (8b) — ‘Swingline’ in Red River Gorge, USA, at only 9 years of age; a year later she did ‘Welcome to Tijuana’ 8c (33) in Rodellar, Spain. Angie currently spends 6 months a year in the Blue Mountains, the heart of Australian climbing, and the other 6 months traveling the world, visiting the major climbing destinations in Spain, France and the USA.