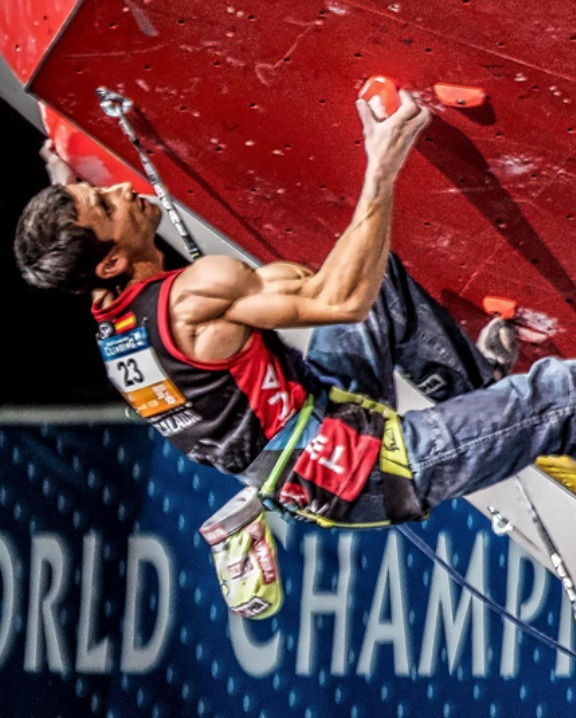 Ramon was born in Vic, Spain, in 1981, and began climbing with his father. He progressed rapidly and soon became involved in competions, first in the youth category and then, in 2001, on the elite international circuit. In 2002 he achieved his first victory and podium finish and since then has amassed an incredible record, with no less than 21 World Cup stage victories, 3 European Championships, 2 World Championships and a World Games — a total of 43 medals. Throughout this period Ramon has never lost his love for rock and his list of ascents is long and truly impressive, with his first redpoint in 2003 of ‘La Rambla’ (9a+) in Siurana, and his onsight ascent of ‘The Crew’ (8c+) at Rifle in Colorado (USA) being only the tip of the iceberg.