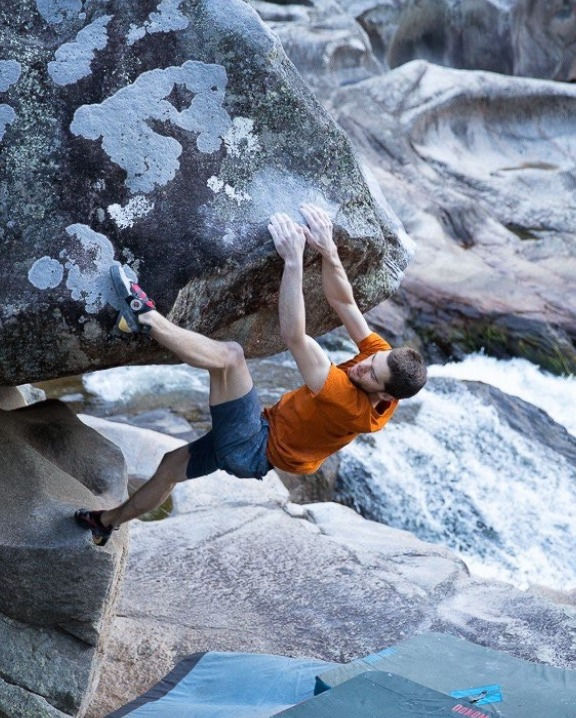 Originally from Brisbane, in 2011 Tom O’Halloran moved south to Blackheath, in the heart of the Blue Mountains (NSW, Australia) in order to dedicate more of his time to climbing. Ever since he was 12, when his parents first introduced him to the local rock gym, Tom has been passionate about climbing and followed an upwards trajectory that has seen him compete for his country, as well as travel the world. He practices all disciplines of climbing, but mostly concentrates on sport and bouldering, as these bring him the most enjoyment. In 2016 he red-pointed ‘Baker’s Dozen’ and ‘Kitten Mittens’, both 35 (9a) becoming the first Australian climber to succeed on routes of this grade, and in 2017 climbed the legendary Grampians boulder problem, ‘Wheel of Life’ V15 (8C).